To mark its centenary, The Victoria Falls Hotel has opened a new executive conference and private dining venue, which will provide a permanent reminder of the achievement of 100 years’ operations and will offer a new facility to guests of the hotel.

The Centenary Room is able to host executive meetings, lunches and dinners for up to 18 people, and is considered suitable for board meetings, strategic planning sessions, private celebratory meals and similar functions.

“The Victoria Falls Hotel does not have large-scale conference facilities but we believe this hotel will be the right venue for upmarket gatherings of a smaller nature, so we have introduced this new facility, the décor of which fits in with the Edwardian style of the rest of the hotel,” said David Seaman, general manager of the hotel.

The Centenary Room has in the past had an interesting and chequered history, having over the years been a card room, an office and a billiards room. It is situated adjacent to the hotel’s main dining hall, the elegant and well-appointed Livingstone Room, and close to The Terrace, which has views down into the gorges below the Victoria Falls and across to the famous road and rail bridge linking Zimbabwe and Zambia. It overlooks the central courtyard, surrounded by lawns and mango trees planted in the late 1920s, with a small terrace area on which tea, coffee, juices and snacks are served during breaks in meetings.

The new venue was officially opened by the Minister of Environment and Tourism, Francis Nhema, at a special dinner hosted by The Victoria Falls Hotel Partnership, made up of Zimsun Leisure Group and Meikles Africa Hotels.

Speaking at the event, he said: “A centenary is always a cause for celebration and for renewal of commitment and for examining how best to look at consolidating past success in the future. Now we are officially opening this room to a new development: its use as not only a private dining room, which it has been for several years, but also as a venue for executive conferences and board meetings. I sincerely hope that the flow of business will be both strong and rewarding. With its name of the Centenary Room, this venue will serve as a lasting reminder not only of this evening of fellowship among those of us here but of this entire centenary year. I know you plan to publicise this venue as yet another feather in your cap and I hope this is successful in all the markets concerned.”

The opening was attended by the deputy secretary for Environment and Tourism, Enivah Mutsau, and representatives of government departments and agencies operating in the Victoria Falls area, as well as by Ben Ncube of the Civil Aviation Authority of Zimbabwe. It was hosted by Roy Meiring, chief executive of Meikles Africa Hotels and John Mwanza, area manager for Zimsun Leisure Group based at Victoria Falls.

The minister told the gathering that the centenary – the first to be marked by a Zimbabwean hotel – was a remarkable achievement.

The Victoria Falls Hotel was opened in June 1904 as a wood and iron construction serving the experts building the bridge over the gorge, which was a key part of the development of the famed Cape to Cairo rail line. The hotel has undergone a number of renovations and refurbishments, leading to its current status as one of Zimbabwe’s most important hospitality establishments and a member of The Leading Hotels of the World. Its most recent refurbishment took place in the 1990s, when it was restored to its unique Edwardian style.

Centenary celebrations will continue into 2005, linking it to a similar centenary for the bridge – which was opened in 1905 – and a 150th anniversary celebration marking the first visit to the Falls by the explorer-missionary David Livingstone in 1855.

Said Mr Seaman: “This is an exciting year for the hotel and we hope that during this period people will come to experience its history and excellence, as well as the many attractions of the Victoria Falls area, emulating the more than two million people who have stayed at the hotel during the past century of operation.” 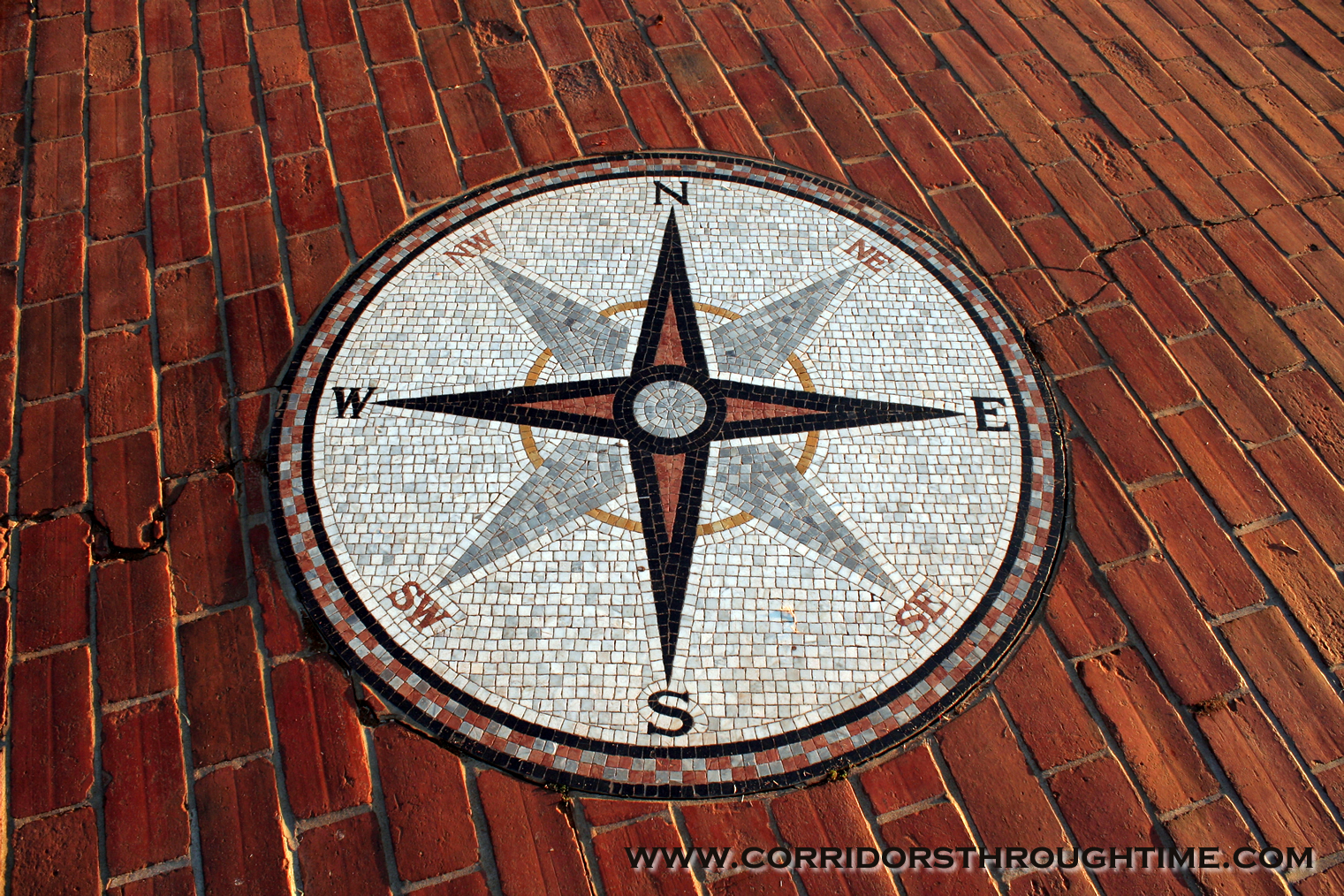 “The Victoria Falls Hotel this year marks its 100th anniversary and becomes the first Zimbabwean hotel to celebrate a centenary. This is no mean achievement and I would like to congratulate all the parties involved in this most welcome development, from the National Railways of Zimbabwe to Zimsun Leisure Group and Meikles Africa Hotels, and from the management and staff of the hotel past and present to the hundreds of thousands of people who have stayed here during the past century of operations.

“This is a reason to celebrate, indeed, as well as to pause and to take stock of where we are today."

“Tourism remains the sector with the greatest potential as far as Zimbabwe’s economic growth and development are concerned, and it is the dearest wish of all of us in this room to see this sector boom again. It is a goal we have all set for ourselves and I know that The Victoria Falls Hotel and the partnership that operates it, consisting of Zimsun and Meikles, are playing their part in the effort to keep Zimbabwe and the Victoria Falls on the world tourism map.

“This centenary celebration is a wonderful platform for promotion of this hotel and this tourist destination as a whole, and I am pleased to hear that major efforts are being made locally and internationally to encourage visitors to the hotel during the entire calendar year. I hope that these efforts are successful and that the hotel is filled with people who will enjoy the superb facilities, amenities and services of the hotel and the magnificent attractions and activities available in this area. I am sure such an increase in the number of guests will have positive and long-lasting effects in the form of further word of mouth promotion and publicity.

“This hotel has a fine reputation for excellence of product and service and I know that the management and staff are working hard to maintain and even improve on this so that this reputation can result in even greater achievements and higher levels of tourist support. I understand this hotel is known as the ‘grand old lady of the Victoria Falls’ and, having had a good look around during the historical tour a few hours ago, I can see how much heritage and tradition we have within its buildings and grounds. What is all the more remarkable is how the old and the new have combined to bring to guests every modern convenience side by side with this history and all the traditions.

“This must truly be the most elegant hotel in Zimbabwe and one of the finest hotels on the entire African continent.

“I am pleased to hear that the hotel’s considerable reputation for assisting in the development of the surrounding town continues, and that support is given by the hotel for the newly-established Tourism Police Unit, as well as for various other local causes and projects. The decision to offer a percentage of income from centenary guests to Monde School in the nearby communal area is a good one and I hope this results in some much-needed support for the school.” 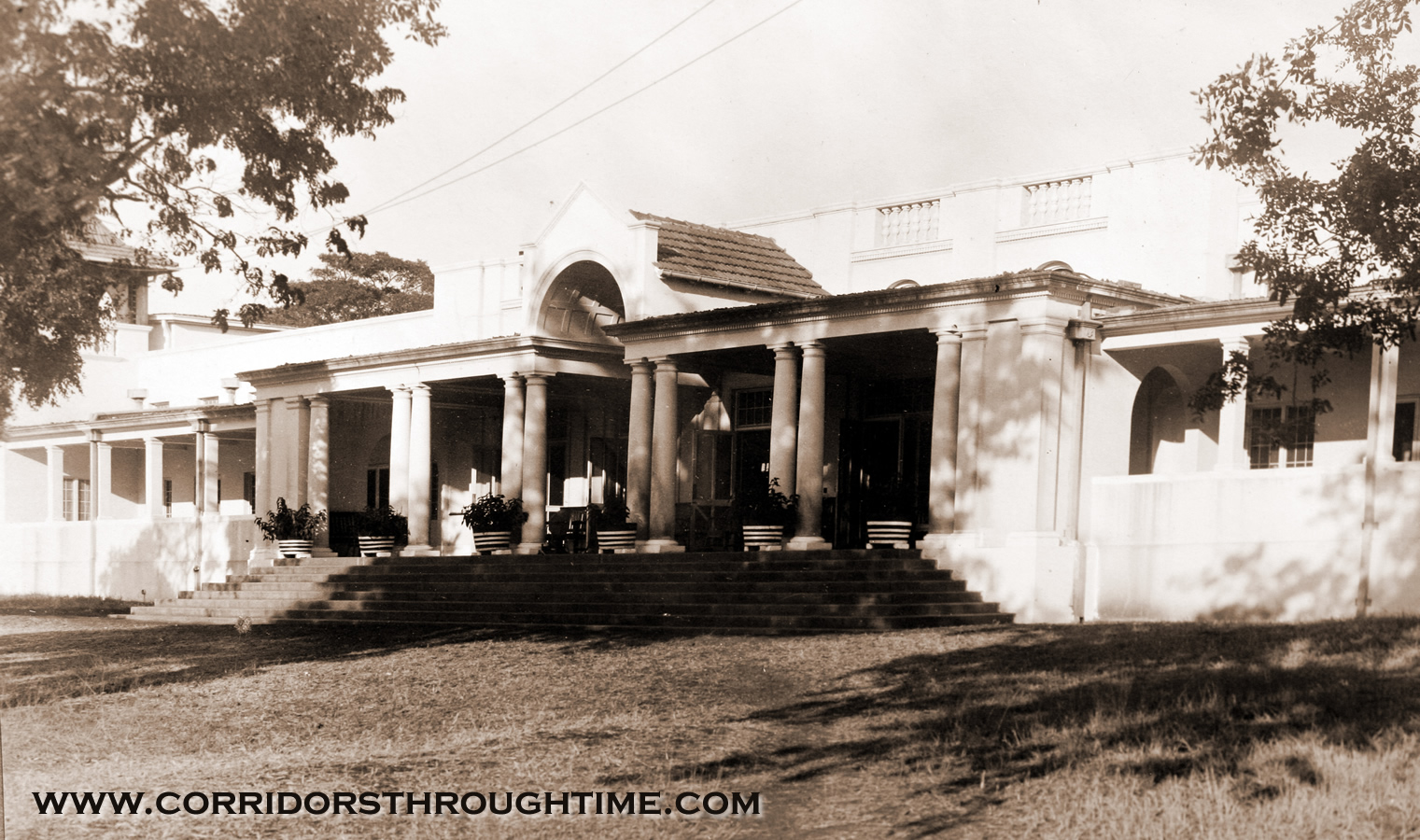 The Victoria Falls Hotel will celebrate its centenary in 2004, marking 100 years of continuous operation as one of Southern Africa’s oldest and best-known hospitality establishments. It will be the first Zimbabwean hotel to mark a century of being in business.

The occasion will be commemorated with a year-long promotional campaign aimed at bringing visitors from across the world to enjoy the hotel and the nearby attractions at this special time. These activities will focus on a birthday event scheduled for June 4, when the ‘grand old lady of the Falls’ marks a full century of successful operation, but guests staying at the hotel throughout 2004 will be exposed to the celebratory campaign.

When the hotel was opened in 1904 there was very little in the way of human occupation of the area now known as Victoria Falls town. Settlement had taken place north of the Zambezi River in Livingstone, about 15km away. The spectacular Victoria Falls road and rail bridge was under construction and was officially opened later in the same year, part of the famed ‘Cape to Cairo’ rail route that sought continental connection for trade and other purposes.

Set in lush manicured gardens, The Victoria Falls Hotel has played host to tens of thousands of visitors over the years, among them some of the world’s rich and famous. British and European royalty, film stars, sports heroes and heroines, business leaders, politicians and other celebrities from all walks of life have stayed at the hotel, basing themselves in a location that overlooks the gorges below the Falls and the spray rising from them.

High standards of physical appearance, cuisine and service have always been a hallmark of the hotel’s management style and during the 1990s the hotel was extensively refurbished to recapture the Edwardian splendour of its original theme. The hotel aims at the top end of the travelling public and gears its entire operation to the needs and expectations of these travellers. Contrasting with this Edwardian style are a range of modern facilities and amenities, from Internet lounge to satellite television and from direct-dial telephones to air conditioning.

The Victoria Falls Hotel is a member of The Leading Hotels of the World and has recently been awarded high marks in the annual LHW inspection of the hotel. In recent years accolades and awards have come from prestigious travel organisations and publications, including Conde Nast Traveler and Travel and Leisure.